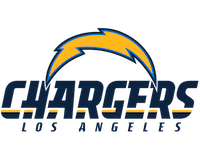 The Los Angeles Chargers were founded in 1960. They only played one season in LA and then became the San Diego Chargers. In 2017, however, they once again became an LA team when they were relocated back to LA. They made their first Super Bowl appearance in 1995, but lost the match to the SF 49ers by 49 to 26. Buy your next Los Angeles Chargers Cap at Hatstore!