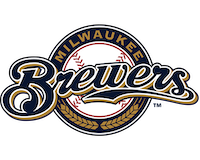 The name Brewers has come about due to the fact that there are many beer breweries near Milwaukee. Among others, Miller is a big beer producer. The team played its first World Series final in 1982, but lost to the St. Louis Cardinals. Buy your next Milwaukee Brewers cap or snapback at Hatstore today!