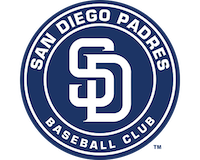 Check out our range of San Diego Padres caps and beanies. The classic logo is found on caps as well as beanies and snapbacks. At Hatstore, you can always be sure that our Padres caps are of the very best quality.

San Diego Padres is a California professional baseball club founded in 1969 when the league was expanded by two teams. The Padres have two victories in the National League, in 1984 and 1998. The team plays their home games in a relatively new stadium, Petco Park, which was inaugurated in 2004. Some of the club's biggest stars are Dave Winfield (outfielder 1973-1980) and Tony Gwynn (outfielder 1982-2001).