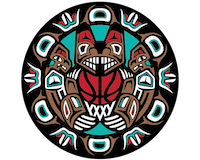 This team is no longer an NBA team. In 2001, the entire organisation moved to Memphis and became the Memphis Grizzlies. However, the Vancouver Grizzlies' popular merchandise products and caps are still living strong. Through their history and well-known graphic profile, they are still very popular. Find your Vancouver Grizzlies cap or beanie here at Hatstore.